Traffic jams aren’t just a nightmare we all live with, they also cost the country hundreds of millions in lost productivity. According to one study, congestion will wipe £300bn off our national revenue over the next 16 years. That’s the kind of money we cannot afford to waste.

So what causes traffic jams and why haven’t we stopped them yet?

There are a number of reasons for this. Ever been driving on the motorway only for a traffic jam to appear and then ten minutes later, clear completely? No accidents, no breakdowns, no apparent reason. That’s a phantom traffic jam caused, most likely, by the sudden braking of one single driver. The knock-on effect is quite incredible – and immensely frustrating.

Luckily these sort of jams rarely cause major incidents, annoying though they are. Basically, the two main causes of chaos on our roads are accidents and breakdowns, both of which are compounded in seriousness and number by the growing number of vehicles out there.

If we can reduce the number of crashes significantly it would go some way to combat these jams. Humans will always make mistakes though, so we can’t eradicate them completely unless we remove us from the equation. And that could happen sooner than you think…

Self-driving cars are becoming a reality. These won’t just mean convenience for us as tired or bored drivers, they mean massively improved safety. Powerful computer algorithms will keep us at a constant and safe speed. There’ll be no rash overtaking or sudden slamming on of brakes, no nodding off, no driving under the influence, no forgetting to indicate or jumping red lights (even in an unavoidable accident situation they will notify the emergency services instantly, saving even more lives). With a huge computer system watching over every car on our roads, and multiple back-up systems in place for even greater safety, the number of accidents would plummet and thousands of lives will be saved every day.

This is all a way off – but it will happen. And with proper investment from our government we could see the system appear much faster. Of course, self-driving cars come with their own unique worries – but what new technology doesn’t?

So how do we solve the other problem of too many cars on our road? Should we be looking at our own road use, or is it down to those in charge to make the system work?

When it comes down to it, we use our cars because we need to. Motorways aren’t getting full up by motorists simply going for a drive. They’re congested because the kids need to get to school, we need to get to work, goods need to be delivered and so on. And who can rely on the trains or pay those prices?

What if there was a way to eradicate the rush hour? School hours and office hours often line-up fairly closely, especially in the morning. Officials in the United Arab Emirates had a good idea to tackle problems with ‘the schools road’ in Al Ain – a street with 33 different schools on it.

They simply staggered the hours of 19 of the schools (just like many offices do with flexible working hours) so that pupils didn’t need to all show up at the same time. This is something we could look into in the UK. The government could offer financial incentives to employers and educators to alter their hours to lessen the madness of rush hour.

Working from home also helps to reduce the numbers of cars on our roads, as do car sharing schemes. The problem is, as building wider motorways has shown, if the roads are quiet then more people will drive on them and we’re back to square one.

So until we’re all driven round by computers you could always do something productive when you’re sat in your stationary car. How does learning a new language or reading War and Peace sound? Thought not!

What’s your solution to avoiding or reducing traffic jams? Should we aim at eliminating rush hour or just build more roads? How about increasing congestion charges? Click here to go to our Facebook page and give us your view. 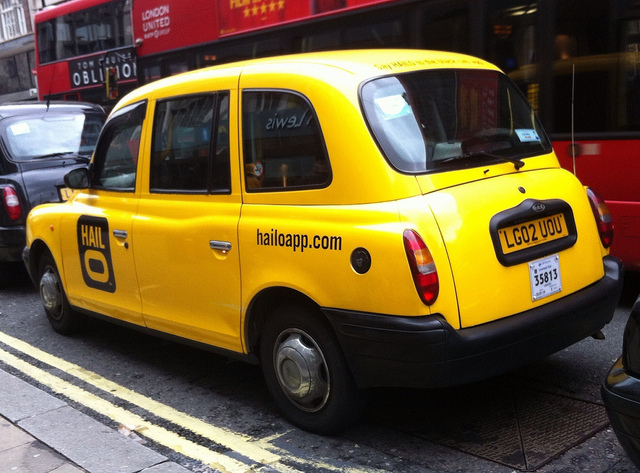