Thankfully vehicle related thefts have been consistently falling for a number of years. Modern security technology has drastically improved making cars much less of an easy target. Having said that, there’s still a lot of people giving it a go.

According to the Crime Survey for England and Wales (CSEW), there were 923,000 vehicle-related thefts in the year ending March 2015. It also found that four in 100 households had been a victim of this crime during the same time period. So, when is your vehicle most in danger?

Your car is most likely to be stolen on a week night from a semi-private street* outside your home, with the thief using your key to gain access.

*’Semi-private’ includes outside areas on the premises and garages or car parks around but not connected to the home.

We’ve worked this out using CSEW data that can be found here. You can find out a ton of information relating to thefts of (and from) cars. It tells us that 65% of cars get stolen during the week, while 50% go at night. It also informs us that 53% get taken from semi-private streets and 43% are stolen using a key, hence our statement above.

How are vehicles stolen?

This chart is a testament to modern security systems. Thieves now resort to simply stealing a car’s key in 43% of car thefts rather than forcing entry.

Things have changed a lot over the years.

Clearly it’s far harder to get past a lock or window today. The chart below details how tactics have changed:

In some ways this is good news as if you keep your car key safe, you’re much less likely to see your vehicle nicked.

Having said that, it does mean thieves are more interested in targeting the keys themselves. This means keeping extra vigilant about it whether you’re out and about, or if it’s left somewhere vulnerable in the house.

If you’re one of those people who leave it in a bowl by the front door and have a habit of not locking up at all times, it might be wise to find a new home for your key and making sure your door is secure at all times.

An attempt was made to steal a car in West End last night …keys were stolen via letterbox …. don’t make it easy for them

Take a look at: How are thieves in the UK stealing possessions from vehicles?

How many stolen vehicles get returned to their owners?

While less cars are actually stolen each year, the likelihood of ever seeing it again has not improved. Bar the year ending March 2013, in recent years you were more likely to never see your car again if it got stolen.

This has gotten worse, with just 34% being returned to their owners last year (18% of those would have come back written off too).

What time of the day are vehicles stolen?

This chart won’t be surprising to many. Thieves of course favour the darker times of the day to do their work, but nonetheless 16% of vehicles are stolen during sunlight hours.

In case you’re wondering, ‘Morning’ is defined as between 6am and noon, ‘Afternoon’ is between noon and 6pm, ‘Evening’ is between 6pm and midnight, and ‘Night’ is from midnight to 6am.

This might give you some piece of mind when you’re taking the car into town, but not so much for when it’s parked at home.

These stats likely reflect the fact that thieves go after your car in the evening or at night, and it’s at those times that most people’s cars are sitting in the driveway or on the road outside their house.

So, if there’s any lessons to be learned it’s this: security technology can only take you so far if you’re not careful with your key. If you ever notice it missing, act straight away! 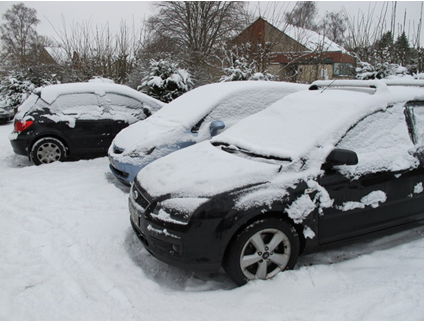